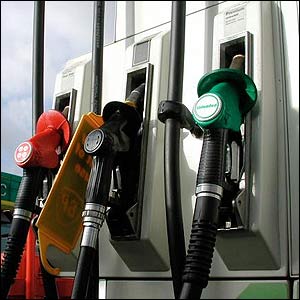 Are petrol prices and fuel duty effecting your fleet? - Courtesy of visualsoft.co.uk

Fuel – it’s in the headlines every day it seems. Petrol prices, strikes, fuel duty, we just can’t get enough. With new stories released every day its hard to keep up. As company car drivers and fleet managers its a topic you need to keep on top of! So what’s the latest?

Drivers near ‘breaking point’ over fuel prices  – The Independent

“As many as 38  per cent of drivers said they would give up motoring entirely within a year if prices at the pumps rise at the same rate as they have for the past 12 months.”

More on fuel than on holidays? We don’t like the sound of that!

Although we love electric cars for their environmentally friendliness and financial benefits, it looks as though they could force the government to rise fuel duty by 50% –

“A report commissioned by the RAC Foundation suggests that increasing use of more fuel-efficient cars and electric vehicles could create a £13 billion shortfall in government revenues.To fill this gap, ministers could be forced to introduce massive fuel duty hikes, according to the report. Fuel duty currently makes up 1.7% of the UK’s gross domestic product (GDP). However, this figure is expected to drop to 1.1% by 2029.”

Petrol prices down by 4p a litre – The Press Association

Hard-pressed motorists have enjoyed a respite from record-high fuel prices in recent days, according to AA figures.

The AA said monthly fuel costs for a family with two petrol cars had fallen by £8.66 and filling up the 80-litre diesel tank of a commercial vehicle now cost £2.86 less than a month ago.

It added that, on petrol sales alone, this had released £2.1 million a day from the pump into high street and other consumer spending.”

How are fuel costs affecting your business?

Distractions whilst driving - Do back seat drivers effect any of your company car drivers?