Company car drivers: Do you ignore your dashboard warning lights?

Company car drivers: Do you ignore your dashboard warning lights?

So you’re driving in your company car, and you notice a light come on on your dashboard. Do you look again and decide on a course of action, or do you ignore it and think “I’ll deal with it later”. Well if you answered yes to the second option then you are definitely not alone!

Kwik Fit recently did some research and found that 13 million motorists have been alerted by at least one dashboard light in the last year. However, out of this 13 million a third of them or (four million) suffered from dashboard denial, and took 5 days or more before they took action. However 3.7 million did do the right thing and get the problem checked out immediately… which group would you be in? 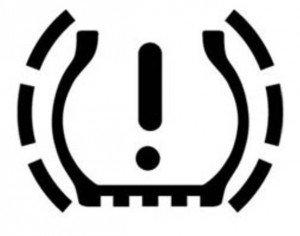 Do you ignore your dashboard? - Courtesy of allvoices.com

Roger Griggs, director of communications at Kwik Fit, said: “If a warning light flashes up on your dashboard it’s important not to panic. As long as there are no visible or audible signs of a problem – and the car feels ok to drive – then it’s often ok to carry on driving calmly until the next available service centre.

“It’s shocking, though, that millions of us are driving around for days – and sometimes months – with a warning light illuminated. These motorists could be risking serious engine damage at the very least, but if the issue is left to develop, and the car fails mid-drive, it could even end up causing an accident.

“Although the engine warning light is the most commonly occurring, it’s potentially the most serious. We would urge any motorist who sees it flash up when they’re driving to have a diagnostics check run on their car at the very earliest opportunity.”

To see the full article go to fleetnews.com

Fleet Managers: Will the Volvo V40 be your next company fleet car?